In law, intoxication is a complicated and difficult element and includes being intoxicated from both alcohol and drugs. Both of these substances have the potential of altering a person’s mental state and can cause an individual to lose their inhibitions and commit criminal offences that are usually out of character. Intoxication as a defence is difficult as it has the potential to give a regular offender a “get out of jail” free card. But it can also give an ordinarily sensible and reasonable member of the public a criminal record.

Therefore, intoxication (whether voluntary or involuntary) is not a true defence.  It is an argument that the defendant did not have the necessary mens rea (the mental element of a crime) for the crime despite the actus reus (the physical act of the crime) being committed.

Involuntary intoxication most commonly arises in cases where the suspect/defendant claims that their food or drink has been ‘spiked’ without their knowledge. However, it can happen in many different circumstances.

For example, what happens if a person takes a non-dangerous drug and then becomes intoxicated? According to the case R v Hardie [1984] All ER 848, the person would be involuntarily intoxicated, even though the person willingly and voluntarily took the drugs. In R v Hardie, the defendant’s girlfriend had left him and as he was so upset, he took some of his friend’s Valium tablets. Later, he started a fire and was charged with arson, but he claimed that he did not know what he was doing because of the effect of the drug. The Court of Appeal allowed the defendant’s appeal against his conviction on the basis that his intoxication was involuntary.

This can apply to limited cases as it was decided that cases that fit a strict criteria would only apply. To fit this criteria, the person would have:

What would also have to be considered is whether the person was acting recklessly to the drug’s possible side effects.

However, involuntary intoxication is not a defence when the defendant (despite or because of the intoxication) formed the necessary mens rea at the time of committing the offence. Thus, where the drink or drug has removed the inhibitions of the defendant which caused him to act in a way which he would not have done if sober, he will still be guilty if he was able to, and did in fact, form the required mental element of the offence. This was shown in the R v Kingston [1995] 2 A.C. 355 which has set the authority for this principle.

Likewise, if the defendant has voluntarily consumed drink or drugs and it has more of an effect on the defendant than he anticipated, this would not count as involuntary intoxication (R v Allen [1998] Crim. L.R. 698 CA). Therefore, the defendant would be voluntarily intoxicated which would affect his defence options.

Voluntary intoxication occurs as a result of the voluntary consumption of alcohol or drugs provided that, in the case of a drug, it is well known for being liable to cause unpredictability or aggressiveness.

In R v Hardie [1985] 3 All ER 848 and R v Bailey [1983] 2 All ER 503, the Court of Appeal formulated the principle that there are two categories of drug: ‘dangerous’ (for example LSD, amphetamine, etc.) and ‘non-dangerous’ (for example ‘Valium’). Knowingly taking a ‘dangerous’ drug counts as voluntary intoxication. Knowingly taking a ‘non-dangerous drug’ may also count as voluntary intoxication, depending on the subjective appreciation of the likely effects of the drug in the quantity and circumstances in which it was consumed as explained above in R v Hardie.

In DPP v Beard [1920] AC 479, it was decided that there would be a distinction between crimes. This distinction was that there were crimes of specific intent and crimes of basic intent. This was later confirmed in DPP v Majewski [1977] AC 443 HL. Although there still remains some degree of uncertainty on the issue, the general view taken from reading the judgement in the Majewski case and the extracted judgement of Lord Birkenhead LC in DPP v Beard is that crimes of specific intent are ones where the key mens rea of the offence requires intention and nothing less.

Some crimes of specific intent include:

In the Majewski case, his Lordship’s justification for the distinction was that a defendant who reduced himself by drink/drugs to such a condition that he did not know what he was doing was reckless. The recklessness to become that intoxicated is enough for the mens rea of basic intent crimes and thus such a defendant should be liable.

The terms ‘basic intent’ and ‘specific intent’ since the Majewski case have been defined in different ways which has led to inconsistency and anomalies in decisions. However, by using the Majewski approach, voluntary intoxication can only be a defence to crimes of specific intent where the defendant was so affected by the drink/drugs that he did not form the necessary intention for the mens rea of the offence. It follows that voluntary intoxication is no defence to any crime that can be committed recklessly or negligently, or if it is a crime of strict liability.

The rule of basic and specific intent is very complicated and there many examples of exceptions. For example, where the defendant has voluntarily put himself in the position of being intoxicated to the extent that he is incapable of forming the mental element of the offence, this will amount to a defence in respect of a crime of specific intent. This principle is subject to the requirement that a drunken intent is still an intent as shown in R v Sheehan and Moore [1975] 60 Cr App R 308.

There is also the Attorney General for Northern Ireland v Gallagher [1963] AC 349 case which decided that a person who deliberately makes themselves intoxicated in order to give themselves sufficient courage to commit an offence cannot raise a defence based on such intoxication, even to a crime of specific intent. This is known as the “Dutch Courage Rule”.

In R v Fotheringham (1989) 88 Cr App R 206, it was decided that drunken mistakes are generally no defence to crimes of basic intent. However, in some cases where a statute provides a limited defence based on a genuine belief (for example (Section 5(2)(a) Criminal Damage Act 1971), the mistake may be relied on even where the mistake was induced by voluntary intoxication which was established in the Jaggard v Dickinson [1981] 1 QB 527 case. But this principle can only be applied to very few cases.

What about if an intoxicated defendant committed a crime by acting in self-defence? The case R v Hatton [2006] 1 Cr App R 16 set out that where a defendant is labouring under a mistaken belief that they are under attack and acting in self-defence, they cannot rely on such mistaken belief where it was induced by voluntary intoxication. This principle applies to crimes of basic and specific intent alike.

The complexity of the difference between crimes of specific and basic intent further highlights the need for an experienced and knowledgeable lawyer who will be able to determine the rules and ensure that your defence will not be affected by this.

If you have been charged with the offence of any kind and believe that you acted in a way that was due to intoxication (whether that is voluntary or not) then we can provide our expert defence team to represent you in court and help you avoid a potentially damaging criminal record.

We will look at all the facts of the accusation and decide whether the defence of consent is the best defence for your case. There is a possibility that we will explore other avenues in regard to defences. This will also include everything from the facts of the case all the way to whether your actions actually amounted to a criminal act.

Our team of litigators and advocates have many years of experience analysing complex factual scenarios and applying them to often novel areas of law ensuring we get the best possible results for our clients. Do not hesitate to call us on 07739795433 or email us on info@criminaldefencesoliticors.co.uk to get expert legal advice for you and your case. 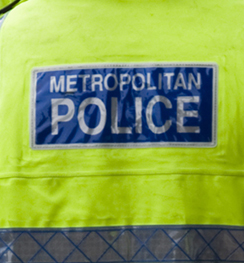