According to UK law, under section 3 of the Theft Act 1978, the criminal offence of making off without payment requires the defendant to dishonestly make off without paying for goods received or services done, knowing that payment was expected or required on the spot with the intention to permanently avoid payment.

Just like any other criminal offence, making off without payment has actus reus elements and mens rea elements. The actus reus is commonly defined as a physical activity that harms another person or damages property which makes it criminal act. The mens rea of a crime is the intention or knowledge of wrongdoing.

The actus reus of the section 3 offence has two key elements:

Note that section 3(2) of the Theft Act 1978 defines “payment on the spot as including payment at the time of collecting goods on which work has been done or in respect of which services has been provided.”

If you think of someone “making off”, you might be thinking of someone running away, or dashing out of a shop or restaurant without paying. However, this is not always the case and the phrase does include someone who left casually or as a result of a deception.

As for “making off from the spot” this is a wide area. It is accepted that a person has not committed this offence from a large department store until they leave the store. Likewise, if someone is found trying to escape from a window in the toilets, this would only be an attempt to make off without payment, not the full offence.

The main issue with the actus reus is where the accused “pays” by a worthless cheque because it is stolen, for example. As payment by a worthless cheque would mean that the victim would remain unpaid, it is not payment as “required or expect” and therefore the defendant in this case would be liable.

The mens reus of this offence has three key elements:

Just like offence of theft contrary to the Theft Act 1978 that was discussed in a previous blog, the defendant must be dishonest meaning that if the jury need further guidance to determine this, the Ivey test must be applied.

This offence is an either-way offence meaning it can be tried in either a magistrates’ or Crown court and has a maximum sentence of two years’ imprisonment.

What happens if there is a situation where the defendant has obtained the agreement of the victim that the payment van be made in the future?

In R v Vincent (Christopher James) [2001] Crim LR 488, the defendant had left a hotel without paying his bill. His defence was that he had arranged with the manager of the hotel to pay when he could, and thus payment was not expected on the spot. The Court of  Appeal agreed that this would amount to a defence to section 3. The agreement meant the payment was not expected on the spot. The fact that the agreement was or may have been obtained dishonestly did not the change that fact.

Please note that a defendant may be liable for fraud by false representation under section 2 of the Fraud Act 2005 in this situation. But the Court of Appeal has made it clear that the defendant would not be liable for an offence contrary to section 3 of the Theft Act 1978.

The main reason for this decision seems to be a desire to keep the offence a simple one and prevent any complex investigations into the surrounding circumstances of any “agreement”.

What happens if someone leaves, intending to return later and pay?

The House of Lords considered this issue in the case R v Allen [1985] AC 1029. The defendant had stayed in a hotel and sustained a bill of £1,286.94. He left the hotel without paying but later explained that he was in financial difficulties and that he genuinely hoped to be able to pay the bill.    His argument was that he had acted honestly and had genuinely expected to pay the bill from the proceeds of business ventures.

The House of Lords decided that the only correct way to construe section 3 was that the intention had to be to avoid payment permanently. Therefore, someone who makes off intending to return at a future date and pay cannot be liable for this offence.

If you have been charged with the offence of making off without payment, we are here to help. We can provide our expert defence team to represent you in court and help you avoid a potentially damaging criminal record.

We will look at all the facts of the accusation and decide what defence against the offence of making off without payment is the best defence for your case. This will also include everything from the facts of the case all the way to whether your actions actually amounted to a criminal act.

Our team of litigators and advocates have many years of experience analysing complex factual scenarios and applying them to often novel areas of law, ensuring we get the best possible results for our clients. Do not hesitate to call us on 020 8158 9007 or email us on info@criminaldefencesoliticors.co.uk to get expert legal advice for you and your case. 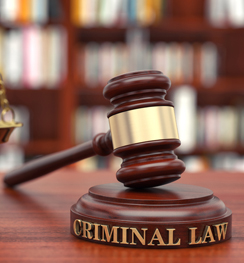