Section 1 of the Theft Act 1968 (the Act) provides that “a person is guilty of theft if he dishonestly appropriates property belonging to another with the intention of permanently depriving the other of it; and ‘theft’ and ‘steal’ shall be construed accordingly.” It is important to ensure that the offence of theft is also not to be confused with robbery or burglary offences as these are separate offences with separate penalties.

The physical act required for a defendant in order to establish the actus reus of the offence is that of ‘appropriation’. In Section 3(1) of the Act, ‘appropriation’ is defined as:

“Any assumption by a person of the rights of an owner amounts to an appropriation, and this includes, where he came  by the property (innocently or not)without stealing it, any later assumption of a right to it by keeping or dealing with it as owner.”

But what does ‘the assumption of rights of the owner’ actually mean? Unfortunately, there have been contradicting conclusions over this question in case law. In R v Morris [1984] AC 320, the House of Lords decided that an appropriation was:

But this led to problems as they had stated that the act had to be unauthorised meaning that for the defendant to be guilty of theft, they had to act without the consent of the owner.

This was later addressed in the Lawrence v Metropolitan Police Commissioner [1972] AC 626 case. In the Lawrence case, a foreign student, who did not speak English very well, paid a taxi driver (the defendant) a £1 note for a 50p taxi fare. When the defendant indicated that the £1 note was not sufficient to cover the taxi fare, the student offered his wallet, and the defendant took out a further £6. The defendant was  later charged with the theft of £6.

But was there a theft here? The complainant had offered the defendant his wallet willingly and therefore authorised the act to occur. According to the Morris case, since this act was authorised, there would have been no theft. However, in the Lawrence case, it was argued that since section 3(1) of the Act did not contain the words ‘without the consent of the owner’, it was therefore irrelevant if the owner did consent to the act or not.

In the DPP v Gomez [1993] AC 442 case, the principle of the Lawrence case was confirmed. This had the practical effect of establishing that an appropriation can occur even if the property was passed with the consent or authorisation of the owner. This also established that anything you do to property that is not yours is an appropriation.

The definition of ‘property’ is set out in section 4(1) of the Act which states, “‘Property’ includes money and all other property, real or personal. Including things in action and other intangible property.” Here are some examples of each of these listed properties:

The final part of the actus reus of theft is that property that is appropriated must ‘belong to another’. Section 5(1) of the Act provides ‘belonging to another’ is when a person:

The definition does not include any need for the property to be lawfully held by the person in possession or control of it.

In most cases this will not be an issue. However, it may arise where the legal ownership of the property has passed before payment is required. The most common instances are where someone consumes a meal in a restaurant and leaves without paying the bill or refuels a car and drives off from a service station without making payment.

The R v Turner (1971) 55 Cr App R 336 case stated that even where someone has a right of ownership of property which is in possession of another, they may still be guilty of stealing that property. In this case, the defendant was found guilty of theft of his own car after taking it from a garage without paying. The garage had carried out repairs on the defendant’s car. The question of who had a more established right to the car was deemed irrelevant.

If you have been charged with the offence of theft, we are here to help. We can provide our expert defence team to represent you in court and help you avoid a potentially damaging criminal record.

We will look at all the facts of the accusation and decide what defence against theft is the best defence for your case. This will also include everything from the facts of the case all the way to whether your actions actually amounted to a criminal act Our team of litigators and advocates have many years of experience analysing complex factual scenarios and applying them to often novel areas of law ensuring we get the best possible results for our clients. Do not hesitate to call us on 07739795433 or email us on info@criminaldefencesoliticors.co.uk to get expert legal advice for you and your case. 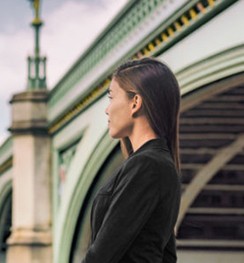