A BMW driver may have racked up approximately 107 penalty points from just one reckless journey after triggering 32 speed cameras along the M6 motorway. The offending driver was caught doing an average of 83mph in heavy fog in early December 2020.

The driver was picked up by a succession of cameras before being stopped by the Police between junctions 14 and 15 of the M6 near Stoke-on-Trent in Staffordshire. Along with the 32 speeding offences (which has the potential for gaining 96 penalty points), the driver was also found to have two illegal tyres and was driving without car insurance. Worn tyres add another three points to the driver’s licence, while driving without insurance could add a further 6 to 8 penalty points, totalling a possible 107 points.

But what is the law behind speeding in the UK? Well, excessive and inappropriate speeding is one of the four key behaviours which contribute to avoidable deaths and injuries.

If a driver is stopped by the police for breaking the speed limit, the police can either give the driver a verbal warning, give or send the driver a Fixed Penalty Notice or order the driver to go to court. A letter will be sent to the driver’s address and  explain what the next step of the procedure will be.

After the registered keeper of the vehicle has sent the Section 172 notice back, the driver will either be sent a Fixed Penalty Notice or a letter telling the driver to go to court. The Fixed Penalty Notice gives the option of choosing whether to plead guilty or not guilty. If you plead guilty, you will have to pay a £100 fine and have 3 points added to your licence, unless you are given the option to attend a Speed Awareness Course. Usually, the driver can avoid driving licence points by opting for a speed awareness course if it is their first speeding offence, or, if the driver has not attended a Speeding Awareness Course within the last three years. However, sometimes the punishment is more severe.

Occasionally, the driver may be prosecuted in court which will lead to a higher fine, more points on the driver’s licence and even a driving suspension or disqualification.

What About New Drivers?

It is worth noting that if the driver is still within two years of the date of when they passed their driving test, the driver’s driving licence will be revoked (withdrawn) if the new driver has built up six or more penalty points.

Am I allowed a 10% leeway of the speed limit?

In the eyes of the law, a driver is liable for a speeding fine as soon as they have exceeded the speed limit. So, if a driver is doing 21mph in a 20 limit or 71mph on motorway (70mph limit), said driver will be breaking the law.

Guidance from the National Police Chiefs’ Council (NPCC) does recommend giving drivers a so-called ‘10% plus 2’ leeway, to aid police officers in using ‘discretion’, however, it is well worth remembering this is only a recommendation, not the law.

The best advice is to not speed full stop.

The minimum penalty for speeding is a £100 fine and 3 penalty points added to your licence. A driver could be disqualified from driving if he or she build up 12 or more penalty points within a period of 3 years. If a driver has been stopped by the police for a speeding offence, the police can either send the driver the details of the penalty or send the case straight to court.

The police and prosecutors have heard every excuse under the sun for speeding. Defence cases such as arguing that the driver was not aware of the speed limit, or the roads were quiet as it was late at night, or it was an emergency are unlikely to stand in court.

Some speeding fine appeals can be won on the technicalities of the offence. For example, one possible technicality could be that that there were missing details on the ticket. Another could be that the signs were obscured or incorrect where the incident happened. Finally, a technicality commonly used to appeal is whether it can be proved that the registered keeper was actually driving in the first place.

If you are at risk of losing your licence, for example if you already have points on your licence from previous offences, your legal representative will outline the consequences you would be facing if you do lose your licence. Examples of such consequences could include issues such as losing your job as you drive for a living or commute to and from work.

If you have been charged with the offence of speeding, we are here to help. We can provide our expert defence team to represent you in court and help you avoid a potentially damaging criminal record.

We will look at all the facts of the accusation and decide what defence against theft is the best defence for your case. This will also include everything from the facts of the case all the way to whether your actions actually amounted to a criminal act.

Our team of litigators and advocates have many years of experience analysing complex factual scenarios and applying them to often novel areas of law ensuring we get the best possible results for our clients. Please do not hesitate to call us on 0800 368 7398 or email us on info@drivingsolicitors.co.uk to get expert legal advice for you and your case. 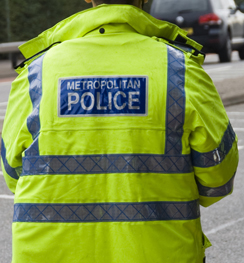